On March 9, 2013, the Ateneo’s School of Science and Engineering held its annual open house for prospective freshmen. The Ateneo Laboratory for the Learning Sciences was invited to exhibit some of its posters and to demonstrate its projects, to illustrate the types of outputs that the Computer Science majors may produce should they decide to come to the Ateneo. 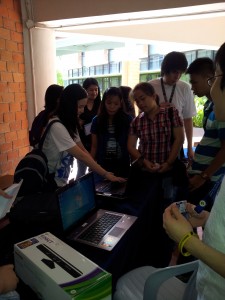 Stephanie Go (typing on the computer) with her project, "Developing a Kinect-Enabled Rail Shooter Game", produced with Marlou Ramas and Daryl Saavedra 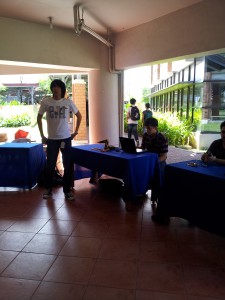 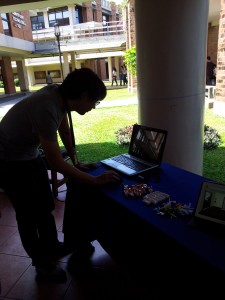 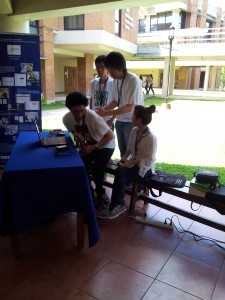 Richmond Cheng (seated on the right) and Mikaela Garcia (seated on the left) with their project, "Designing and Developing an Affect-Sensitive Horror Game" 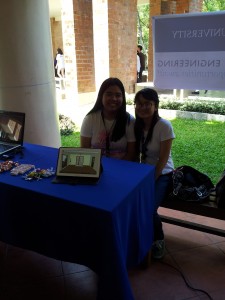 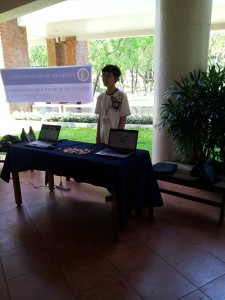 Not photographed but still part of the exhibit were Zachary Chung and his thesis, “An Intelligent Tutoring System for Japanese Language Particles with User Assessment and Feedback” and Hans Chua, JV Vitug, and Matthew Go’s thesis, “Developing a Kinect-Controlled Action-Adventure Game for the Blind”