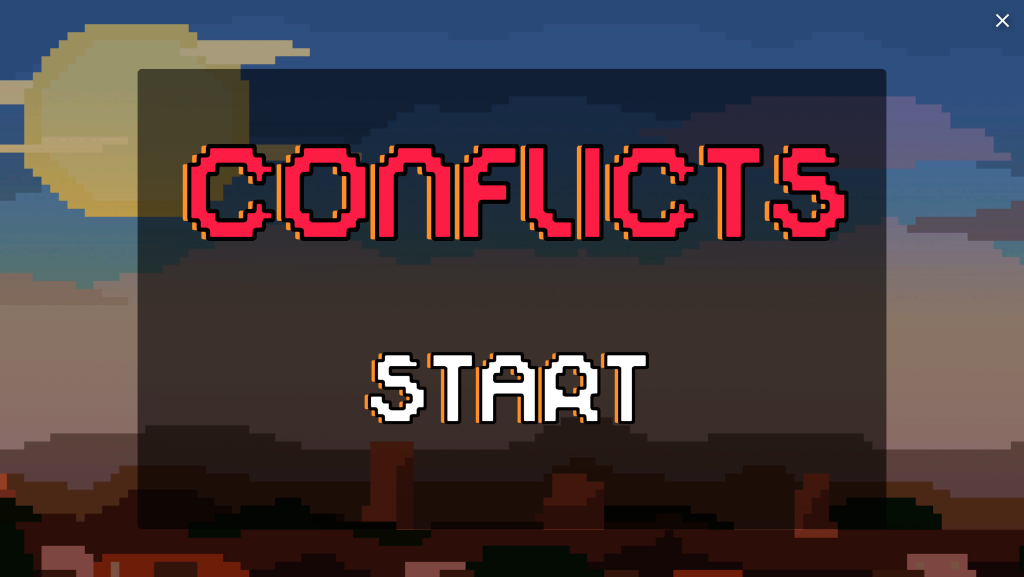 Conflicts is a narrative-based simulation game that integrates decision-making elements and puzzle minigames to put players in a state of cognitive dissonance.

The game is set in a democratic country with a corrupt government in modern times. The player plays as an investigator given orders by a government leaning police chief who is their boss while caring for his low-income family. Throughout the game, the player will be given choices that would increase or decrease the satisfaction levels of either their family, or their boss. Players can earn money depending on their success in the minigames to spend on their family’s needs. Each mission would also affect the satisfaction meters which then would dictate the ending of the story. 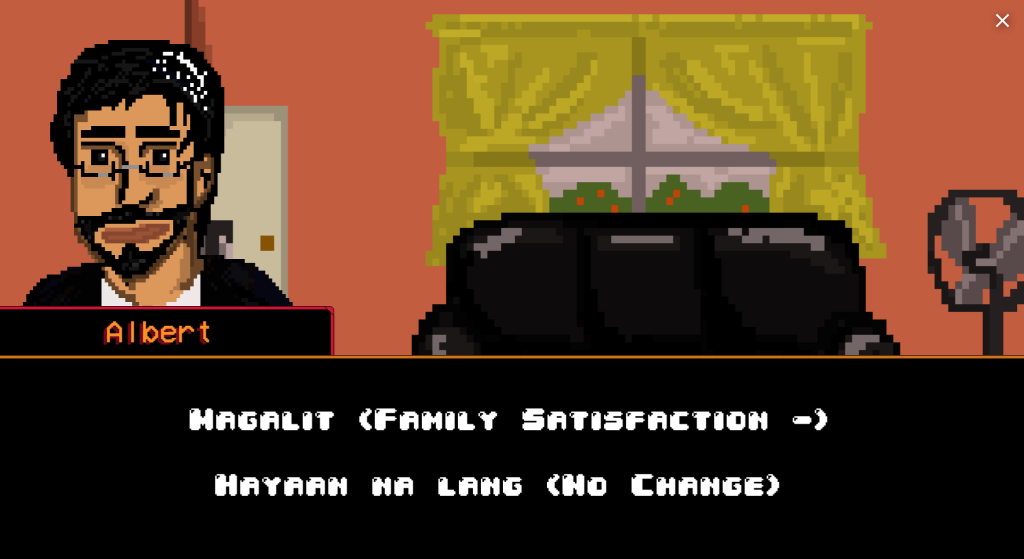 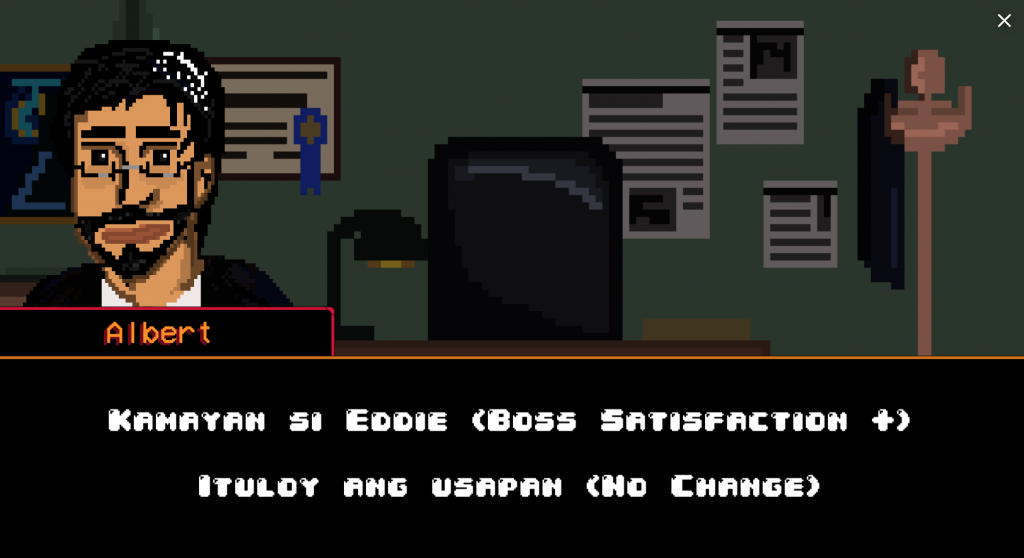 Locked Down is a 3D stealth game that attempts to solve the issue of poverty by increasing one’s empathy towards the poor through perspective-taking. This increase in empathy will help others create solutions that can truly help the underprivileged, as it allows them to better understand what the they need.

Set during a pandemic, the government attempts to prevent the virus from spreading any further by placing the city under quarantine. MC, Michael Crisostomo, lives on the streets, so he is unable to “stay indoors.” To avoid getting caught by quarantine enforcers that patrol at night, he must navigate his way through the city and make it to the safe zone. Certain items must also be collected, depending on the day’s events. 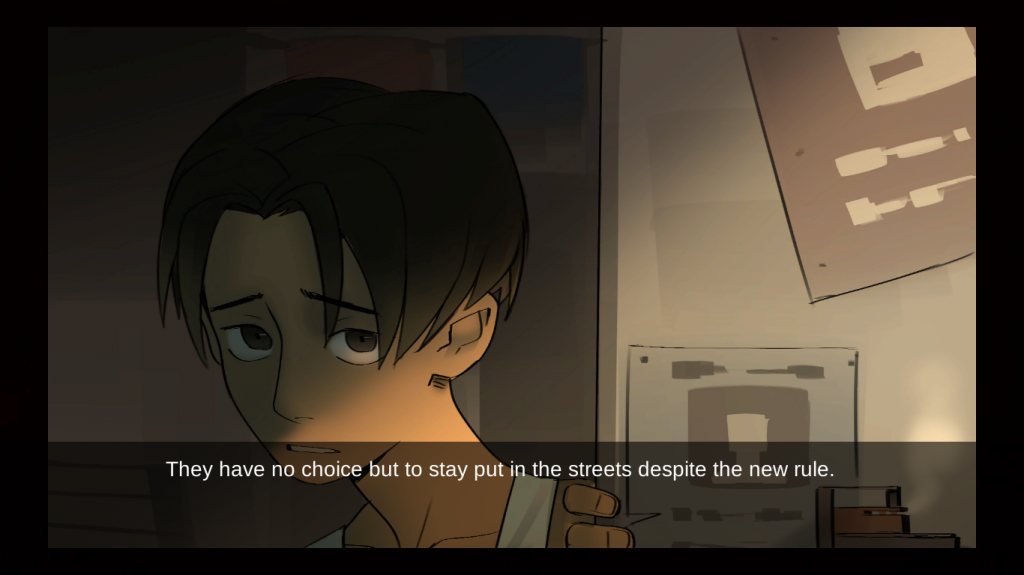 Want to try out our game? Use this link to download the .zip file that has the latest build of our game! When you download it, make sure to click Locked Down.exe to play the game. Warning! The file size is roughly 500mb. 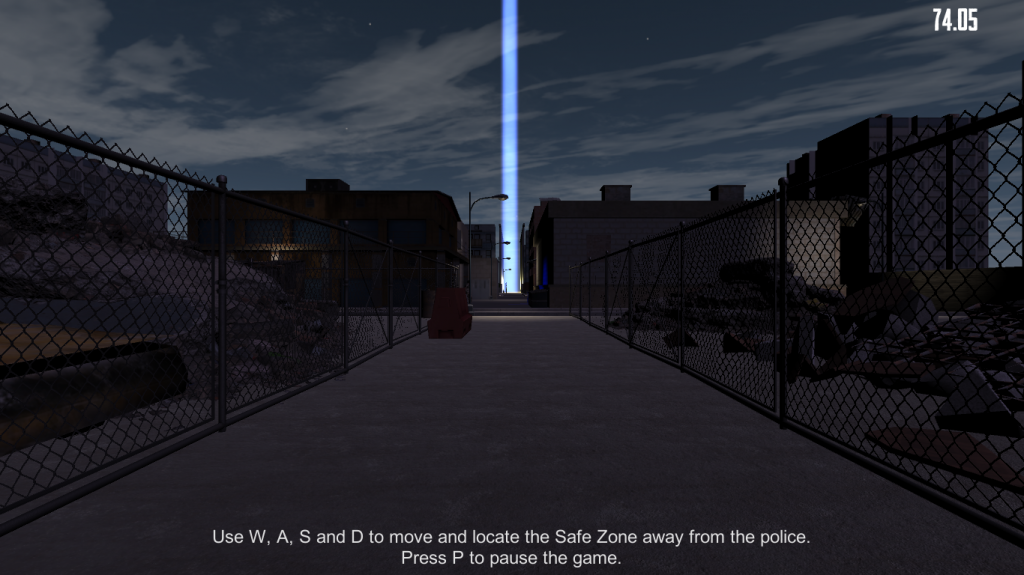